← back to
Whirlwind Recordings
Get fresh music recommendations delivered to your inbox every Friday.
We've updated our Terms of Use. You can review the changes here.

Everything All Of The Time: Kid A Revisited 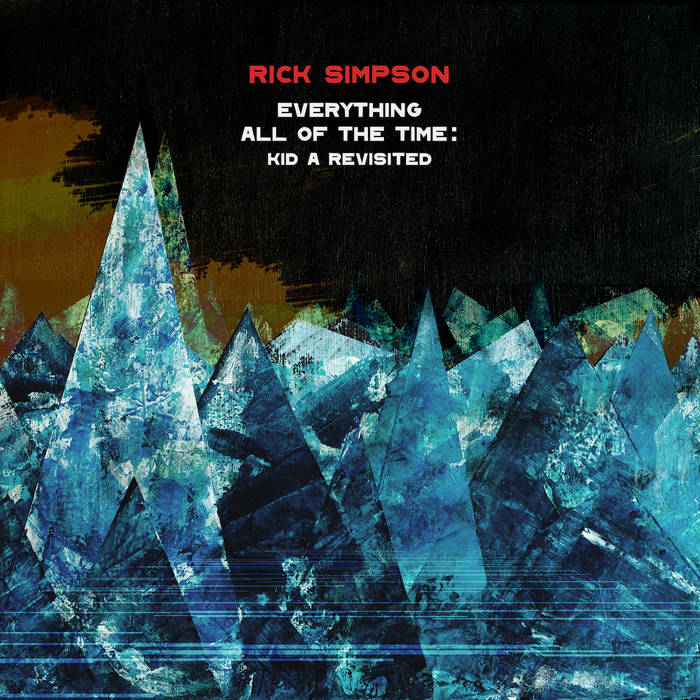 brianwantsblood So happy I stumbled upon this at my local record store and took the risk. What a gem. An outstanding, refreshing reimagining of an already beautiful album. More impressive than the original, in ways. Yeah, I said it. Favorite track: Optimistic.

peter wain Fabulous album, it's now part of my radio head/Thom Yorke collection,
also a really fun, I warm to this version now than the original.

mattto505 First listen and I love it already. Obviously incredibly familiar but was brilliant how it riffed on the original whilst being added to in the only way possible by experienced jazz players. Was interested in HTDC, my fav Kid A track, was going to translate and I got goosebumps hearing this version, so that usually indicates a big win for me musically. I'm going to listen to it all again now. Thanks to all who made the record. Favorite track: How To Disappear Completely.

prosperoaw Just fabulous music; only jazz outfit to get it right - the double sax complement is perfect. Too bad the pressings are poor; bought it twice and both have significant non-fill regions in the vinyl. Favorite track: The National Anthem.

Rick Simpson’s impeccable technique and restless imagination have earned him a place at the forefront of contemporary UK music. He’s equally at home exploring the tradition or pushing fearlessly against the boundaries, and now his unique creative voice is back in the spotlight with a typically idiosyncratic project: a re-framing of Radiohead’s Kid A album, featuring ten original arrangements of the source material played by an all-star band of like-minded musical mavericks.

Whirlwind recording artist Tori Freestone joins James Allsop to form the twin-saxophone frontline, and Simpson is joined in the rhythm section by by the universally respected veteran Dave Whitford on bass and upcoming young hotshot Will Glaser on drums.

The project was created to mark the 20th anniversary of the original album’s release, as part of a series of sell-out shows curated by Simpson at London’s Vortex club featuring non-jazz records rearranged with an improvisational focus. The original show was such a success, drawing in listeners from beyond the club’s regular audience, that Simpson re-assembled the band in the studio and recorded the entire album in a single afternoon session “I think the time pressure contributed to the performances. It’s really punchy and to the point, but a lot happens – it captures the energy so well”. There’s a wealth of detail to discover, and surprises at every turn.

'Everything In Its Right Place’ sets the scene, with the horns framing a beautifully constructed solo from Simpson, leading into the hushed piano intro of ‘Kid A’ that builds and builds towards a dramatic finale of controlled chaos. ‘The National Anthem’s’ fractured groove coalesces around a powerful bass figure, spontaneously created by Whitford: “Dave earths the whole thing, with his beautiful, massive amazing sound.” ‘How to Disappear Completely’ shimmers with banks of violins, ‘Treefingers’ is an oasis of stillness, and ‘Optimistic’ pulls the listener forward with its impetuous rhythmic rush. ‘In Limbo’ has a typically unique statement from Freestone, and ‘Idioteque’ allows Allsop to unleash his fearsome baritone sax: “Tori – she’s so free: she goes for it and doesn’t hold back, and she never plays any clichés. Her and James are such an amazing pairing – his baritone playing is some of the most dark, vibey playing I’ve ever heard.” ‘Morning Bell’ features a prodigious solo from drummer Will Glaser – “Will is such a complete musician: he completely understands the right thing to do in any situation. He’s a little demon.” ‘Motion Picture Soundtrack’ ends the journey with a hushed, contemplative ballad reading.

Simpson’s imaginative, free-flowing arrangements give his superb band space to unleash their own individual voices. Sometimes sticking closely to the original melodies, sometimes re-purposing elements as the jumping-off point for radically new explorations, he leads his creative cohort to create a thrillingly uncategorizable musical experience. This record takes the listener on a journey through an ever-changing landscape of powerfully emotive moods and textures, while still preserving the concise, focused energy and emotional directness of the original.

"As with all good covers projects, Simpson's interpretations stray liberally from the originals."
Mojo Magazine

"Simpson’s energy on this recording is infectious... The arrangements are terrific, with the two frontline saxes bringing a welcome edge to the session."
★★★★ UK Vibe

"It takes music borne of difficulty, intensity and uncertainty, and replays it with spontaneous, natural exuberance."
ArtMuseLondon

"In paying tribute to one of contemporary music's most influential bands, Simpson makes a convincing case for jazz's ability to extend its borrowed repertoire"
All About Jazz

"Simpson slots in some reflective piano emphasising just what a major, if perhaps slightly unsung, player he is on the UK scene."
Bebop Spoken Here

"Rick Simpson is one of the outstanding personalities on the UK contemporary jazz scene. He does not set any musical limits."
Jazz'halo

"Simpson and his band produce not simply a heartfelt homage but a genuinely stirring set of tunes in their own right."
Jazz Views

"Rick Simpson is as comfortable exploring tradition as he is fearlessly pushing its boundaries."
France Musique

“Rick Simpson has retained a predilection for music that grooves without forgetting jazz itself.”
Le Soufflé Bleu

"Rick Simpson is certainly one of the outstanding personalities of contemporary jazz in the British Isles."
Jazz'halo

"Simpson's arrangements are strong... every Radiohead track gets a genuine and new jazz life."
★★★★ Written in Music

"Rock and electro meet jazz on this impulsive homage to a legendary album."
★★★★ Concerto Magazine

"A post-jazz record that shows new facets of Radiohead."
inMusic

"The deconstructive nature of the original music is reconstructed and returned to a familiar setting... pure sound is compensated for by musicality – very successfully."
Jazz Podium

"Each of the band members has space for personal ideas... a very successful project."
Musik an sich

"A multitude of complex ideas and daring experiments"
Musikreviews Magazine

"Simpson's greatest achievement is to leave the character of the pieces untouched while the playing otherwise turns pretty much inside out."
Platten Tests

Bandcamp Daily  your guide to the world of Bandcamp